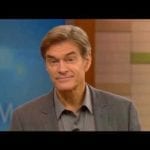 Read the full transcript of the video (auto-generated and may not be fully accurate):

All content found on the cbd-oils-review.com website, including: text, images, video, audio, or other formats such as social media accounts associated with this website; were created for informational purposes only. The Content is not intended to be a substitute for professional medical advice, diagnosis, or treatment. Always seek the advice of your physician or other qualified health provider with any questions you may have regarding a medical condition.

This Site and its Content are provided on an “as-is” basis. CBD-oils-review.com is not responsible for the claims of external websites, user testimonials and social media claims.