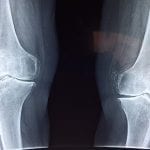 An problems for the anterior cruciate ligament (ACL) can cause severe osteoarthritis in both animal and human patients. Now, a brand new interdisciplinary study on the protein that lubricates our joints says that lubricant might actually be considered a precursor of osteo-arthritis.

The paper, published Oct. 7 in Scientific Reports, could be the first that investigates the role of a protein, called lubricin, in ACL-type injuries in dogs. It might likewise have larger implications for similar injuries in humans plus the possibility of treatments and therapeutics.

“Lubricin is essential for normal joint function and the lubrication of cartilage,” said Heidi Reesink, Ph.D. ’16, the Harry M. Zweig Assistant Professor in Equine Health at the school of Veterinary Medicine (CVM) and senior author on the paper. “We all know that if an individual or animal doesn’t make that protein, they shall develop devastating osteo-arthritis affecting most of the major weight-bearing joints.”

Lubricin is universal to mammals, including humans, though there’s conflicting data regarding its role in joint injuries. Reesink’s study unearthed that, in canine patients that had suffered a ligament tear in the knee, lubricin increased within the joint — the alternative of conventional assumptions in medicine. “The dogma in this field has been that lubricin decreases in osteo-arthritis,” Reesink said.

In three canine patients that had a joint injury, lubricin dramatically increased in the proper time taken between their initial injury but before any signs of arthritis inside their X-rays.

“This suggests that the clear presence of increased lubricin may be a biomarker for predicting future osteoarthritis,” said Reesink. “We also saw increased lubricin in dogs months to years when they injured their ACLs, suggesting that lubricin might be an indicator of ongoing joint instability.”

Reesink said increased lubricin could consequently be described as a signal for clinicians to intervene or here is another different therapy approach.

Reesink and her collaborators laid the groundwork because of this new study by completing a systematic report on the literature surrounding lubricin in both human and veterinary medicine. The review waspublished come july 1st in the journal Cartilage and Osteoarthritis.

The overall finding of the review: There’s absolutely no unified consensus how lubricin is altered in other domestic veterinary species and in human joint injury, demonstrating the requirement for further study — which Reesink’s new paper did.

“In taking a look at horses and dogs, we’re seeing exactly the same pattern,” she said. “The strongest bit of data should be to show it in humans aswell.”

Reesink and her collaborators caused the Cornell Veterinary Biobank to have samples. The biobank supports CVM researchers along with scientists around the world, using biological samples collected from both ill and healthy animals at the Cornell University Hospital for Animals (CUHA). The samples are processed, provided and catalogued to researchers, which accelerates biomedical research.

Among the motivators with this scholarly study, said Reesink, is a many cases in the little animal orthopedic section at CUHA is knee ligament injury, that is common in dogs.

“We could help both animals and humans by potentially picking out better diagnostics, by more fully focusing on how these molecules work and designing therapies advantageous to both, by firmly taking advantageous asset of these occurring cases and improving orthopedic care naturally,” Reesink said.

In the veterinary realm, Reesink’s team plans to complete a follow-up longitudinal study in dogs, examining multiple time points in a patient’s injury, recovery and treatment process. They also aspire to draw similar connections in human ACL as well as other orthopedic injuries.

Currently, Reesink is examining parallel samples from the Cornell Veterinary Biobank and a medical facility for Special Surgery, using funding from the pilot grant from the Weill Cornell Medicine Translational and Clinical Science Center.

Materials given by Cornell University. Original published by Melanie Greaver Cordova. Note: Content could be edited for style and length.