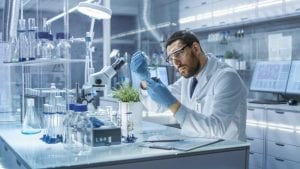 An built-in strategy that unifies psychosocial elements with neurobiology sheds lighting on chronic pain characteristics and their underlying mind networks, according to research published August 20 inside of the open-obtain journal PLOS Biology with a. Vania Apkarian of Northwestern University Feinberg Institution of Medicine, and co-workers.

Unraveling the mechanisms of chronic soreness remains an important scientific challenge. Personality and psychological factors, socioeconomic status, and human brain properties all subscribe to chronic pain but have already been studied independently mainly. As a total result, the relative effect of the factors on one another, along with their independent contribution to the constant state of chronic pain, remain unknown.

To deal with this gap inside knowledge, Co-workers and apkarian analyzed psychological components, personality, and socioeconomic status, and performed functional magnetic resonance imaging (fMRI) brain scans, to start to define a unified perspective of chronic pain. The authors administered an extensive battery of questionnaires to patients with chronic back pain and collected repeated sessions of resting-state fMRI scans.

The questionnaire info revealed four independent dimensions that identified chronic pain traits, and two of those traits — “Pain-trait” and “Emote-trait” — were connected with back pain characteristics. While Pain-trait reflected pain stress and catastrophizing, Emote-trait reflected larger optimism, mindfulness capacities, lower neuroticism, and lower sensitivity to damage. Those two traits were associated with neurotraits — styles of resting-state action in distinct, distributed mind networks — of secure across four fMRI periods acquired over five days. Moreover, socioeconomic position was related to chronic pain characteristics and their related human brain networks, with higher revenue offering more protection. In line with the authors, this included approach is a first faltering step in providing metrics directed at unifying the psychology and neurophysiology of chronic problems across diverse clinical circumstances.