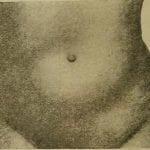 Sufferers with gastrointestinal disorders — such as for example irritable bowel syndrome (IBS) and constipation — have better symptom relief and increased wellbeing when treated at multidisciplinary treatment centers, new research exhibits.

Scientists from the University of Melbourne and St Vincent’s Medical center have conducted an endeavor involving 144 sufferers to compare the potency of the multidisciplinary clinic — involving gastroenterologists, dieticians, physiotherapists and psychiatrists — with usual gastroenterology specialist-only care.

These people have controlled symptoms such as for instance bloating poorly, constipation and discomfort and receive slight relief from regular over-the-counter IBS medicines.

Published throughout the Lancet Gastroenterology and Hepatology, scientists found 84 percent (82 of 98) regarding patients within the multidisciplinary care class achieved global symptom advancement. They reported considerable or moderate enhancement in IBS symptoms such as for example stool frequency, bloating and pain. This weighed against 57 % (26 of 46) of patients in the conventional care group.

Those inside the multidisciplinary team expressed greater improvement throughout psychological wellbeing also, with a 40 percent decrease in depression, in contrast to a nine % decrease for those within standard care.

Although the typical cost per patient was higher in the multidisciplinary-care group significantly, researchers found patients benefited from treatment considerably more, indicating that the general long-term hospital cost could be less under this model.

Patients inside of the multidisciplinary party were also less inclined to see their doctor for gut signs or symptoms and were less likely to want to undergo tests beyond hospital during follow-up, suggesting wide cost savings.

Researchers found patients inside the multidisciplinary clinic were less likely to want to take time removed from work (26 percent compared to 37 % of patients in common care), demonstrating the worth of an even more holistic remedy approach further.

Researchers point out the findings declare that integrated multidisciplinary look after patients with an operating gastrointestinal disorder provides better symptom relief and basic wellbeing, and is even more cost-effective, than traditional health care.

University of Melbourne researcher and gastroenterologist at St Vincent’s Medical center Dr Chamara Basnayake stated over fifty percent of the individuals within the demo had attempted nutritional therapy previously, and 60 percent were categorized as anxious, highlighting even more requirement for an integrated way of treatment.

“Our research shows the value of joining together and integrating experts into one clinic allow immediate frontline treatment and improve total well being for patients.”