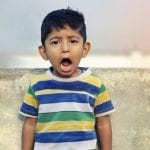 A 10-year review from Flinders University has identified “shrinking” tonsils results found in far less soreness and bleeding when compared to a total tonsillectomy.

The extensive research paper, published this calendar month in the Australian and New Zealand Journal of Surgery, viewed 608 children who underwent tonsil surgery between 2008 and 2018.

Children who had their tonsils reduced with a tiny portion left intact, returned on track activities after on average 4.6 days when compared with 11.1 days following a full tonsillectomy.

They were also 3 x less inclined to have any type of bleeding and eight times less likely to want to have a significant bleed requiring readmission to hospital, says Flinders University lead researcher Professor Simon Carney, who has introduced the process at in ENT (ear, nose and throat) practice in South Australia.

“Recurrent tonsillitis is significantly less common than previously. By far, the most typical basis for tonsil surgery is obstruction now, most causing snoring and sleep issues commonly, in addition to speech and eating problems in a few full cases,” says Professor Carney.

“The full tonsillectomy exposes the muscles of the throat, causing pain and an increased risks of bleeding. By eliminating 90-95% of the tonsil and leaving a little crescent-moon of tissue intact, it contributes to much less pain and bleeding, which obviously allows kids to return to childcare or school so much earlier along with reassuring parents there’s much less danger of a tonsil haemorrhage,” says co-lead researcher Sara Attard.

The procedure, known as a “sub-total tonsil reduction” or “tonsillotomy,” was pioneered in Scandinavia and is currently commonly performed in the united states and elsewhere on earth also.

“It will take longer when compared to a full tonsillectomy but our data demonstrate the benefits are only so excellent, we believe parents must be aware of this method,” says Professor Carney.