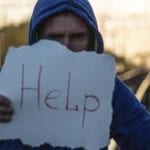 Should I take CBD oil for my anxiety? BBC Stories

This is the full transcript of the video above:

I’m Natalie and I’d like to find out if CBD oil is going to work for me.

I’ve had anxiety for some time, but I’m a mum to a three-year-old little boy now so it’s something I’d like to see the back of.

There’s a cannabis extract, that’s now so popular that you can buy it in just about everything from oils and vape liquids to shampoo and make up, to drinks and even chocolate.

It’s classed as a supplement and is being sold in shops and online.

It’s called CBD and at high doses a regulated type is being used in medical studies and it’s getting some positive results.

It’s everywhere, but there’s just so much conflicting advice as well.

And there’s so much to choose from. I bought it around two months ago, I haven’t taken any yet I’m not 100% sure what I’ve bought.

I’m not sure how it’ll interact with anything else I’m on. I’ve since been diagnosed with other things.

Nothing was pulling me through. So you get to a point where you’ll just try anything. Especially when it’s being advertised as something more natural.

I’ve looked at a couple of sellers’ websites. They’re advertised by milligrams, but also percentage strength.

I’m just not really sure what all the different colours mean. I guess the fundamental questions that I want to know over the next couple of days is:

Hi, I’m Natalie. Thanks for showing us around. That’s alright, no problem. Shall we go and have a look at a crop that I planted 10 days ago?

I’m just curious to find out what you grow here, and how it works from your side.

Well we grow hemp and flax for fibre. We’ve got a whole processing plant so we can sell clean fibre for it goes into mattresses and loft insulation. By the beginning of August hopefully this will be 10ft tall.

I’m sure loads of people are interested; what’s the difference between this and marijuana?

Well hemp and marijuana are both cannabis plants but you’ve got different varieties that produce different cannabinoids.

How legal is this, and when does it get to the point where it becomes illegal?

It goes to waste.

So the bit we’re throwing away is the part of the plant that the CBD is being extracted from. It frustrates me somewhat that all the CBD producing companies in the UK are allowed to bring leaf and flower in from abroad but we can’t produce it at home.

If the leaves and flowers go to waste where are all the CBD UK oil coming from?

All the UK produced products, it’s either coming from Eastern Europe or America.

Ok, I didn’t realize that.

I imagine most people don’t.

Most people don’t. When people hear ‘cannabis’, they usually think ‘getting high’ and although CBD is cannabis, it doesn’t get you high, and it’s legal. And that’s because cannabis is actually the name of a group of plants and both marijuana and hemp belong to that family.

Cannabis plants have around 100 different chemicals in them called cannabinoids and they can various effects on us.

Marijuana plants have been bred to have higher levels of a psychoactive chemical known as THC.

Whereas hemp plants have higher levels of the chemical CBD, which is not psychoactive, and can sometimes have pain-relieving and calming effects.

From my research into the CBD oil I just presumed that it was all made in the UK from what I’ve read nowhere states differently. But having learned today that the local, home grown farmers, can’t even use the bits that make the CBD it throws you into a little bit of doubt and confusion once again.

What have you found out in your research so far?

So it’s a really exciting area I think especially in psychosis because we don’t really have treatments that are as effective as we’d hope and they often come along with lots of very unpleasant side effects.

It seems that CBD is relatively safe and well tolerated. So the study that I worked on looked at people who were at risk of developing psychosis and we gave them a 600mg dose of CBD or a placebo for three weeks.

And we found that CBD was able to normalize the dysfunction that you see in certain brain areas involved in psychosis.

I haven’t tried it, but I’ve opened it and it stinks.

I bought this one online and it’s 2.5mg of CBD per drop, but that’s probably not going to be very effective if you’re looking at 300mg or 600mg?

I think the risk here is that we just don’t have the evidence of whether it works or not.

The research that we know about is looking at sort of quite high doses 600 to 2000 milligrams and we know that this could have a clinical benefit but the things that you can get on the high street often they have much lower levels and we just don’t know basically whether they work or not. I know a lot of people report that this is helpful however it’s difficult to know how much of that is because of the drug or because of a placebo effect. Often a placebo effect isn’t a bad thing.

I think it’s important to speak to your doctor if you’re considering it because the other thing that we don’t know about CBD is the effects that it might have when when you’re taking another medication, for example.

Our bodies are full of receptors that react to cannabis. These receptors are part of an internal system, which helps control our bodily functions, such as our appetite, pain relief and coping with stress and anxiety.

We naturally produce these chemicals all the time. The chemicals THC and CBD from cannabis plants also affect our ECS and can have various effects on our bodies; and that’s why scientists are now researching potential treatments using them.

At this stage it looks fairly positive that it might help me and it might be a good impact on me, but I am still really keen to see what is inside what I’ve bought and how much CBD is in it.

My bottle’s been opened and passed around a little bit so I bought a new bottle to do the testing on to make sure that it wasn’t contaminated in any other way.

And can this machine tell us what other chemicals might be in the CBD?

While CBD and THC are the big main ones it also looks for other THC precursors within your product.

While CBD oil is legal that does depend on how much THC? It varies depending on your product.

No matter if you had a one mil bottle, or a one litre bottle you’d only be allowed one milligram of THC.

Right now in the UK there isn’t regulation or manufacturing standards specifically made for CBD supplement products.

But there is a law that means the amount of THC, that’s the psychoactive chemical that gets you high, must be less than 1mg per item.

And it doesn’t matter how big the bottle or product is, it can still only have 1 mg of THC in the whole thing.

There’s strict regulation around the type of CBD being used in medical studies that you can’t buy online or in shops.

And there will probably be more official guidance and even laws around low dose products like CBD oil very soon.

So, are all CBD products in the UK tested and regulated in the same way that we’re doing now?

So in theory yes. For every product released in the UK they would need to comply to labeling standards they have the correct amount of CBD that they’re advertising within their product.

If you ever want to check a supplier should be able to provide you with a certificate that says; ‘We’ve had it tested for this batch, this is what’s in it’.

We ran a series of tests on the product and identified that the THC content within the product was just over four times the legal limit.

So the legal limit is one milligram per container and we identified just over four milligrams in this product. Four milligrams of THC isn’t going to do anything notable to a person. You’d have to have a considerable amount of THC in there for there to be a psychoactive response.

We found that the CBD content was pretty much spot on to what they’d claimed on the product.

When you extract CBD from the hemp plant you end up with THC as a by-product, so it could be the extraction process wasn’t as thorough as it should have been at separating the cannabinoids properly It could also be a pure misunderstanding of the law.

The problem is unless you know how to interpret it it’s just a page with a load of numbers on it.

So I think there needs to be a simpler way of explaining this to the consumer that doesn’t rely on complicated reports like this.

I would say to Natalie; ‘don’t worry, you know the THC content in there is very, very low, don’t fear CBD products as a result of this experience’.

And as the industry grows and becomes more mature brands will be explaining better to consumers about their products and making sure that those products comply with all regulations.

From what I have learned so far, I don’t think I’m ready to take CBD oil. Just until a few more studies and tests have been completed.

I’d never say no to taking it, especially because it’s becoming more prominent in the media and in the research labs, so I’d definitely keep an open mind about taking it.

Back to the top