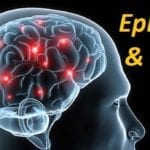 CBD oil is derived from the cannabis plant; marijuana or hemp. Many have used CBD oil from hemp, which is low in THC, when all else failed. CBD works best in conjunction with other epilepsy medications, it is not intended to be a replacement.

The problem with it is that it’s a Schedule one drug which means that the federal government has decided that there is no medical use for it and that has the potential for abuse. so right now pure marijuana or cannabidiol oil is only available from the University of Mississippi, which has been the case for a number of years.

We can also get it, certain states, about 50% of the states have approved medical marijuana for use in medical treatments and another 17, I believe have approved a high CBD low THC concentration. The difficulty for consumers is that there are various ways to obtain this, there are research trials going on with the pure form of it, there are hemp oils available, there are dispensaries throughout the state, and there are items that you can import from other states.

So it’s very confusing and we want to talk about what the differences are and what the choices are and the indications. So really what we’re experiencing with our patients are the possibilities of, A: buying it over the internet from a company from either Colorado or Washington state, or buying it from one of the New York dispensaries. And you’ll have to speak to your primary care practitioner who prescribes this to really decide what is right for your child. And some of the indications will be on what type of seizures your children have, how your child is responding to their medications, and what other medications they’re on.

And then, in addition there’s a drug that’s being studied that’s a pure form of cannabidiol that will be an option hopefully in the future. Yes, one of the difficulties in doing research on cannabidiol was the Schedule one classification, which made it, I mean, you couldn’t do research because it had no medical purpose, but you couldn’t prove it had a medical purpose because it was Schedule one. Now we finally have been able to do some amount of studies on it. Some studies are still ongoing, some studies are closed. There is an application to the FDA for cannabidiol which hopefully will get some progress by the fall. Until then, though the only option for using cannabidiol is through the dispensaries.

So, since we’re not able to talk about what we’ve learned in the research yet because that data is kept quiet until the FDA does its approval, we can discuss what’s available in dispensaries and what’s available what you can order over the internet. But what everybody asks is what is the right type of patient for cannabidiol?

Want to speak about what our experiences are? The two studies that have been, well there’s actually three types that it’s been studied in, and Dr. Kang is running some of these research studies. So Dravet Syndrome, Lennox-Gastaut Syndrome, and people with really intractable epilepsy there’s a New York State expanded access program all under research auspices. And those are the three types of epilepsy that it’s been shown some efficacy in and some reduction in the number of seizures.

But these are people having a minimum of three seizures a month, up to 50 seizures a day, and so what we’ve been seeing especially in the in the brands that people have ordered over the internet and using from the dispensaries, where if you’re having multiple seizures a day there seems to be clearly a reduction in the seizure frequency in those patients, and maybe even intensity.

The problem though, is that in order to get it at a dose that we’re using in research, you have to have an enormous dose of the dispensary item or of the the hemp oil. The other thing is that it’s very hard to differentiate between what’s used in research, what’s used in a dispensary, what’s grown in your backyard. You never get a high enough dosing from it, and it’s like comparing apples to oranges. It’s impossible to figure out the dosing between the different strains that are available.

You know the different brands are extremely different. So you can have a brand from Colorado and a brand from Washington State. We can’t even really figure out exactly the dosing or how much cannabidiol is in each plant to try to even compare them, and then trying to figure out what’s the appropriate dose for a patient is very difficult.

So we usually sit there and say, pick one brand ,stick with it and slowly increase that that dose upwards. But you’ve got to be very careful, these medications interact with other medications, so you really need to talk to your primary neurologist about what to look out for; any interactions.

Right, so, I think Dr. Kang should talk a little bit about that since she’s been running the research studies, and what the interactions are with the other medications that are used for epilepsy.

In itself, of course, all anti-seizure medicines have potential side effects. These are medications that act on the electrical activity of the brain that predisposes people to having seizures. So once you start affecting things in the brain where there’s always the possibility of sedation with, excuse me, cannabidiol. In addition, there are some interactions with other anti-epileptic agents, and so the other medications should be reviewed with your neurologist to take that into account. It’s not an exclusion, but other dosages may need to be adjusted. And other side effects, the major ones, have been diarrhea and and decreased appetite, so that’s been tolerable for most of the children.

Dr. Kang, what’s the most common side effect that people complain about on any of the brands of the cannabidiols? What were the most, the top three?

Probably sedation, but after that I think the the little bit of diarrhea, which I think most of the families, if they’ve seen an improvement in the seizures, have been willing to tolerate.

The other thing that’s important to remember is that we cannot prescribe the medication. Dr. Kang is able to prescribe the research medication under a specific schedule one license with a schedule one pharmacy. We though, the rest of us, cannot prescribe it, we can only recommend or we can certify you within the state. And the the other issue is that you’re not supposed to cross state lines because it is not approved by the federal government. There’s a movement in New York State that’s gone to legislature to get it unscheduled or to reduce the schedule rate; move it from a schedule 1 to a schedule 2 or schedule 3 so that it can be prescribed, but right now we can’t.

Yeah, Senator Gillibrand has a bill that has not been voted on to look at changing the scheduling which we hope will happen because then this will allow more access to the medication and you know more competition and more things to try. But that also can make it more confusing.

It’s already confusing and the other thing that I think we wanted to talk about was what is taken up into the plant.

Yes so one of the things that people always say to me “oh I want to go on medical marijuana because it’s natural” it’s only natural depending on how it’s made or how it’s grown remember marijuana is a weed so weeds naturally suck up everything that’s in the ground around them. so if you’re using pesticides or fertilizers they are actually sucked up into the plant. so you have to make sure that the company that you’re getting your product from is basically organic that they’re not using fertilizers and pesticides. a lot of companies and a lot of places that are out there the country are using fertilizers because that’s how they grow the medical marijuana quickly and rapidly. so there is clearly as an issue in New York State they are very strict about what pesticides and organic material is in there but I don’t want people to think that this is sort of natural. the other thing really the take-home message is that no one is on this medication by itself.

Everybody remains on the other antiepileptic medications and it hasn’t worked by itself, at least we haven’t seen it work by itself.

So you know it’s a complementary medicine it’s something they use with other medications so really sit with your neurologists and your team and come up with a plan of what you think is appropriate for your child. Anything else that you can think of to give advice to them Dr. Kang? Patti?

Just to the concentration we’re using; it is high CBD and low THC. The THC is the ingredient that makes people high, so what we’ve all found works is the high CBD low THC ratio. And CBD in itself does this, does not appear to have a psychotropic effect, it does not make you high, which is part of the other reason for trying to move the scheduling. And be careful of products that have equal THC to CBD because the THC might actually cause seizures and we don’t want that to happen. And then the hemp, if you’re going with the hemp product that’s low in CBD. So again, you’re not getting the efficacy just because it’s hemp.

So, don’t believe everything that’s being advertised to you when you’re reading these little websites. Talk to other families who have used the different products and have experience with it. I think that gives people the best confidence with picking these different products. Remember they are expensive and if you’re not really seeing the results that you’re seeking, speak to your practitioner. Because, maybe it’s not worth the money that you’re spending on it at this point. Exactly.

I hope that’s helpful. This is us from Mount Sinai in the pediatric epilepsy program and thanks for coming to visit us, we really appreciate you coming to view this.

All content found on the cbd-oils-review.com website, including: text, images, video, audio, or other formats such as social media accounts associated with this website; were created for informational purposes only. The Content is not intended to be a substitute for professional medical advice, diagnosis, or treatment. Always seek the advice of your physician or other qualified health provider with any questions you may have regarding a medical condition.

This Site and its Content are provided on an “as-is” basis. CBD-oils-review.com is not responsible for the claims of external websites, user testimonials and social media claims.